According to the European Environment Agency (EEA) and the IIASA research institute, heating with wood and other solid fuels is the largest source of numerous air pollutants. Especially, small domestic combustion plants contribute disproportionately to particulate matter (PM2.5), soot (black carbon) and benzo(a)pyrene (BaP). Emissions from wood-burning stoves and the like therefore have a major impact on our health. 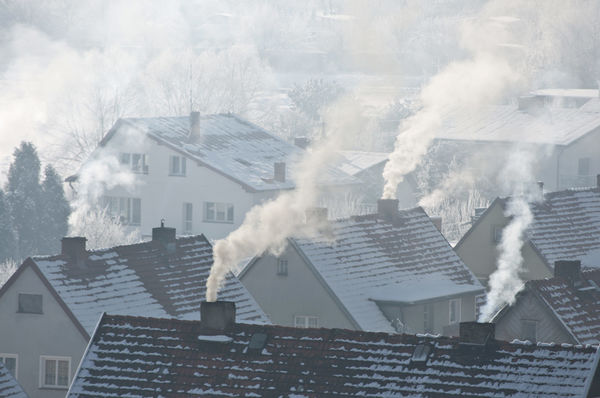 The European Environment Agency (EEA) estimates that around 400,000 premature deaths are caused by particulate matter (PM2.5) in the EU every year. In Germany, the EU's highest environmental authority expects around 66,000 premature deaths from fine particles. According to the EEA, the number of premature deaths could be significantly reduced if Member States followed the much stricter recommendations of the World Health Organisation (WHO). According to the Federal Environment Agency, the WHO guideline values for particulate matter were exceeded at 77% (based on daily average value) and 35% (based on annual average value) of the measuring stations in Germany in 2015.

80 to 90 percent of particles from stoves and boilers are less than one micrometer in size: These ultra-fine particles cannot only penetrate deep into the lungs, but even into the bloodstream. Soot as a component of particulate matter is particularly relevant. Soot particles from wood combustion plants are as harmful to health as diesel soot and contribute to climate change. Benzo(a)pyrene is a polycyclic aromatic hydrocarbon and is considered a carcinogen.